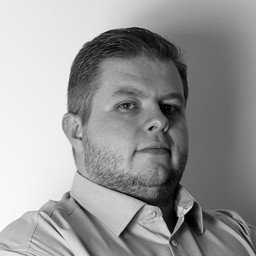 Hegel products are minimalistic, but also full of innovative solutions. Their design is always very well thought out. The company was not established by marketing experts, instead Hegel was formed by a group of friends. One of them created the scheme of an amplifier, which pretty much eliminated all the shortcomings of traditional circuitries. In his opinion the major problem is the feedback - the main reason of the sound distortion. He also took into consideration that getting rid of any feedback in fact makes an amplifier weaker and more floaty in terms of sound. The man we are talking about is Bent Holter. His idea turned out to be not bad at all, because he managed to achieve high output power and less distortion at the same time. At some point a big telecommunication company - Telenor - became interested in his project. They paid for further development of this technology in exchange for shares of Holter's new company and what we know today as Hegel was born.

In the end, all the solutions for improving analog signal transmission quality became needless for Telenor because the telecom industry switched from analog to digital transmission. The young inventor bought all his shares back and thus he returned to the initial idea - amplifiers. Nowadays Hegel offers integrated amps, preamplifiers and power amplifiers, two CD players and DACs. Norwegians have a very interesting approach, because they believe that technological progress should not only bring better performance, but also bring the prices down a bit. That is exactly what happened with the HD11 DAC. It has better technical parameters than its predecessor but the price is noticeably lower. Now Hegel is launching a new product - the successor of the H70 integrated amplifier. The H70 was seen as one of the leaders in its price range, and there is nothing strange about it. Will the H80 be similarly successful?

H80 is slightly more expensive than its predecessor, but knowing Hegel’s approach the price difference is not due to the display on the front panel or something equally trivial. Everything becomes clear when we look at the rear panel. People who know Hegel’s products would immediately recognize the layout of digital inputs section, the same as in the stand-alone DACs like HD11. The number of analog inputs has been limited - two sets of RCA and one set of XLR sockets. I think it’s a good decision. Who needs more analog inputs nowadays? On the rear panel we can also find a single set of speaker terminals, previously mentioned digital input section and an IEC power socket. It all looks really professional. Of course some say that the presence of five digital inputs does not mean that there is a serious converter inside. Yes, but we all know that the Hegel doesn’t do such things. Before connecting this new integrated amp we found out that the built-in DAC is almost identical to the one used in HD11. First from unofficial leaks, later from the manufacturer we also learned that the H80 treated only as an amplifier can be even better product than its predecessor. This is because the preamp section uses solutions taken straight from the top models, such as the H300 flagship integrated amplifier. The H80 is also a whole 5 watts more powerful, but it is just a trifle because it was hard to complain about the lack of power in the H70.

The new amplifier uses SoundEngine technology, from which we started the whole story. It eliminates distortion by separating the two amplifier sections from each other. This allows engineers to design each section independently and use the most appropriate elements for a given part. According to some listeners, SoundEngine is responsible for the combination of dynamics and natural sound temperature. Build-in converter is compatible with all operating systems. After connecting the amplifier to the computer you also get the possibility to control your playlists with an ultra-thin remote. This solution is very impressive and functional. It was applied first in the HD11. All fans of high-resolution files will be glad that H80 can play 24 bit/192 kHz signals, but only via coaxial and optical inputs. We were also keen to use the Hegel's DAC Loop solution. This means that we use the built-in DAC as a USB-SPDIF converter. Then the signal goes by a digital wire (coaxial or optical) to our external DAC and changes into the analog form. Then it goes back to one of the amplifier’s analog inputs (RCA or XLR). It’s a bit complicated, but it works, except the H80 does not have a digital output - only inputs. Thus, the true PC Audio geeks will have to get a USB-SPDIF converter or the computer sound card with an optical or coaxial input. Unless of course they don't have it already.

The design of the H80 is a typical, Scandinavian minimalism. The power switch has been moved from the front panel to the bottom of the box. It was replaced with the display showing active input and volume. The front panel has a distinctive bulge in the central part and it is made of a thick piece of metal. The rest of the box is made of metal as well. The H80 stands on three, high legs, further improving the airflow. Usually I don't like digital potentiometers, but this one isn't so annoying. We have 99 volume levels. Zero is equivalent to mute - there is a quiet click from inside the amplifier. When we turn the sound on again, Hegel doesn't shout immediately. It will go smoothly from zero to the previous level, which is very nice if you had to shut it down when the volume level was high and afterwards you forget about this. A simple, but well thought-out solution.

Now it is the part where we complain. The Hegel lacks three things to achieve maximum marks for functionality - a digital output, an output of the preamp and a headphone jack. However, if you are a fan of headphones, you probably want to have a separate amplifier for them and now there is a simple solution - the Hegel SUPER headphone amp with built-in DAC.

At the beginning, I’ve tested the H80 as a normal integrated amplifier with the Naim CD 5XS as a source. After listening to it for five minutes, then fifteen minutes, two hours, the conclusion was simple - this amp rocks! It is clearly one of the most interesting amplifiers in its price range. Even if we forget about the presence of the DAC. Such performance could be expected from a much more expensive device. Dynamics, energy and the control over the whole sound could be associated with huge integrated amps with heatsinks on the sides and transformers the diameter of a medium-sized pizza. But this one looks like a normal amplifier, it’s very inconspicuous. If there was a big black curtain in the front of the system and I had to guess what kind of amplifier was playing at the moment, I would say that it was something similar to cheaper integrated models of Krell or McIntosh. Maybe a respectable pre/power combination of Atoll or Audiolab as well. It's not just that you can organize a big party with the H80 and fill the large room with sound without problems. For us the true dynamics is manifested by the fact that we don't have to listen loudly to feel the pulse of the music. Here, this energy can be felt even at low or middle volume levels. The display shows 30 or 40, and you don't really need anything more. The combination of H80 with Divine Acoustics Proxima speakers was almost synergic. If you are able to get better sound from hi-fi system worth less than $5000, please get in touch and tell me what it is. The brutal Hegel's power perfectly merged with the directness and romanticism of Polish speakers. I’ve also listened to the H80 with Triangle Signature Delta speakers, but this combination was a bit too sharp for my liking.

The class of the Norwegian amp isn't only heard in the caloric impulses that it sends to the loudspeakers, but also in almost perfect tonal balance. The sound temperature is on the warmer side, but just a bit. The H80 is not one of the strong, transparent but vulgar amps. This new device gives very consistent and elegant sound, maintaining all the dynamics and drive of its predecessor.

After two days of listening with the Naim and the HD11 as signal sources, I decided to turn on the built-in DAC. When I unplugged the HD11, almost nothing has changed. The differences were minimal, on the verge of human perception I would say. So it's true - the built-in DAC gives similar performance as stand-alone D/A converters worth $1500. In a way, the USB port offers even more audiophile sound, because it's perfectly neutral. Probably that’s the heritage of the HD11.

As the listening test came to an end, I wanted to mention some flaws of H80’s sound. The bass? I honestly can't complain about the extent or the speed either. Stereo imaging? The shape and size of the soundstage is just right. Maybe any defects in the high frequencies at least? Nope. I couldn't find any harshness here. Everything is perfectly fine. Maybe I would be able to find some shortcomings if I listened to H80 for half a year. As for the listening test, it was perhaps too short to reveal any flaws of this machine. Or maybe there aren’t any? At least at this price level, there is that possibility.

The H80 is integrated amplifier with five digital inputs and a DAC inside. Two FET transistors give 75 watts per channel with 8 ohm impedance. Audiophiles will enjoy the presence of the power supply built on the basis of a large toroidal transformer and four large capacitors. The inside of the amplifier has been designed wisely. Some may complain about the large number of cable connections, but no important wire lies close to the transformer (the one seen in the last picture goes to the power switch). Information that the built-in DAC is an exact copy of the HD11 is probably a little exaggerated, but the differences between them are small. In the technical data one parameter drew my attention - the damping factor is more than 1000, which is pretty impressive.

For many people the H80 can be a good amplifier for years. For some, it may be even one and only device in the system, if we don’t count the speakers. Plugging it into a small laptop gives a possibility to create home entertainment system with a handy interface and a remote control. The idea of the H80 is brilliant - a relatively inexpensive, versatile amp with a serious DAC onboard. If that was not enough, the new Hegel is far better in terms of sound than its predecessor - the H70. The H80 sounds more natural and mature, but still very powerful. It’s hard to ask for more. That’s why this amplifier is worthy of our recommendation. 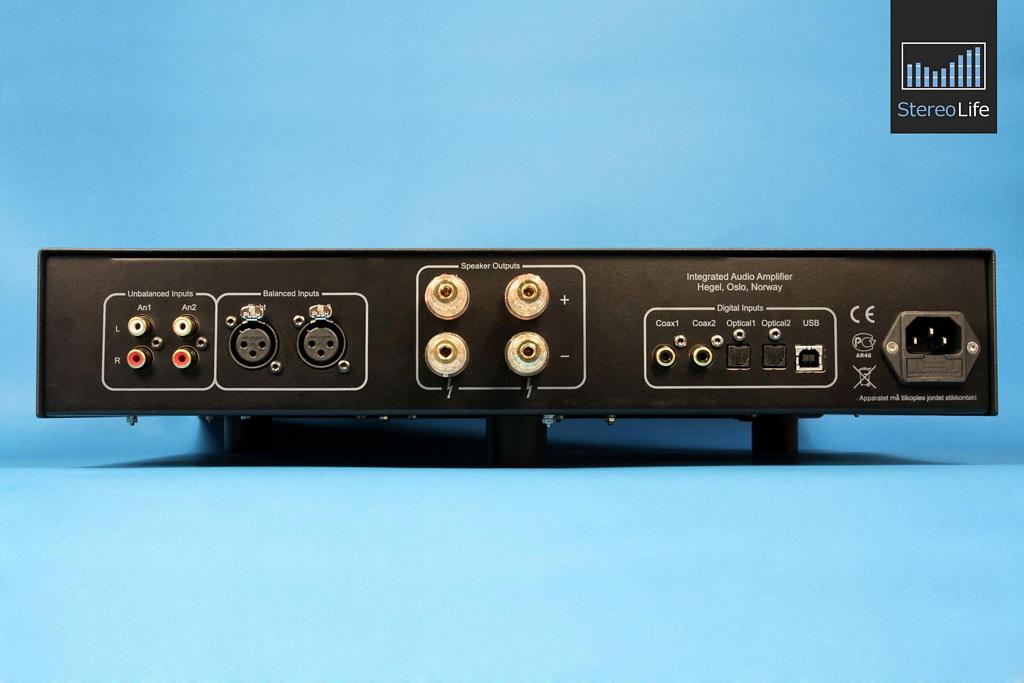 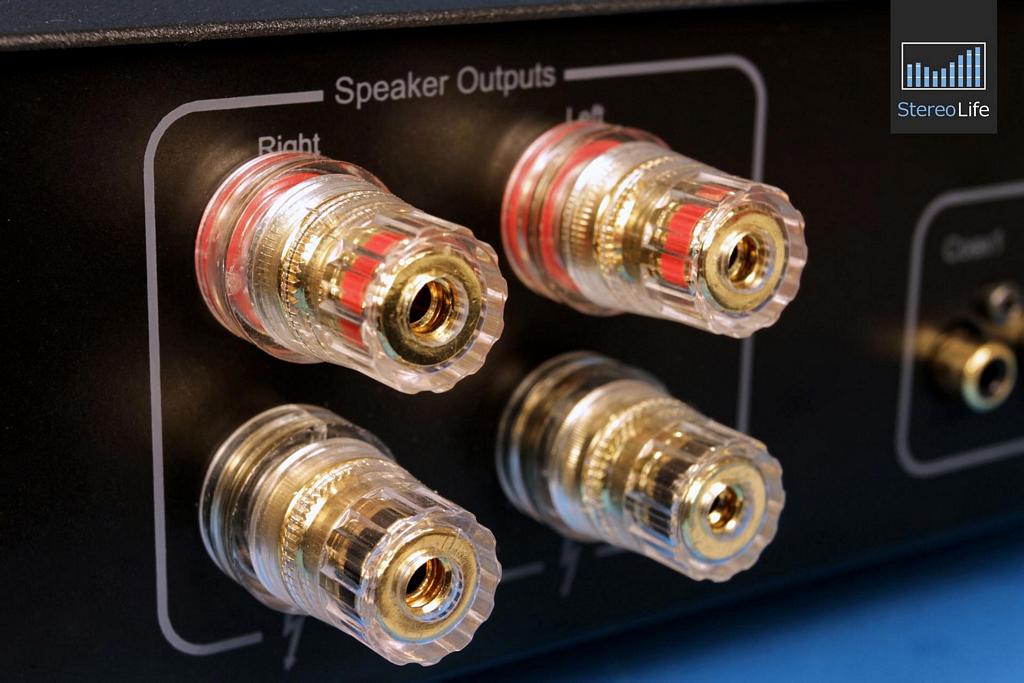 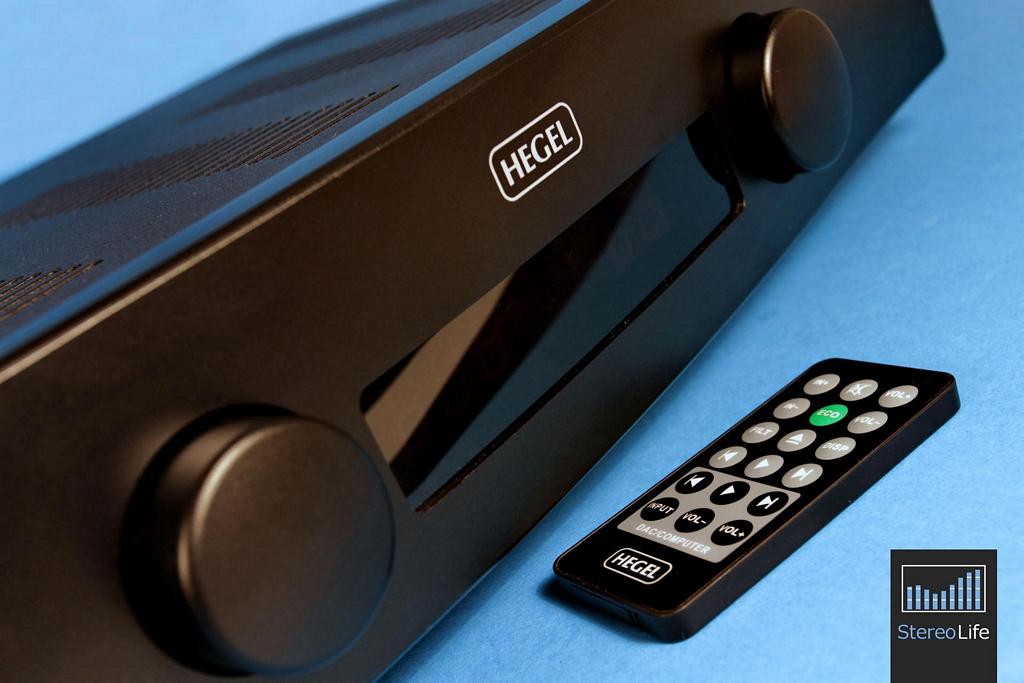 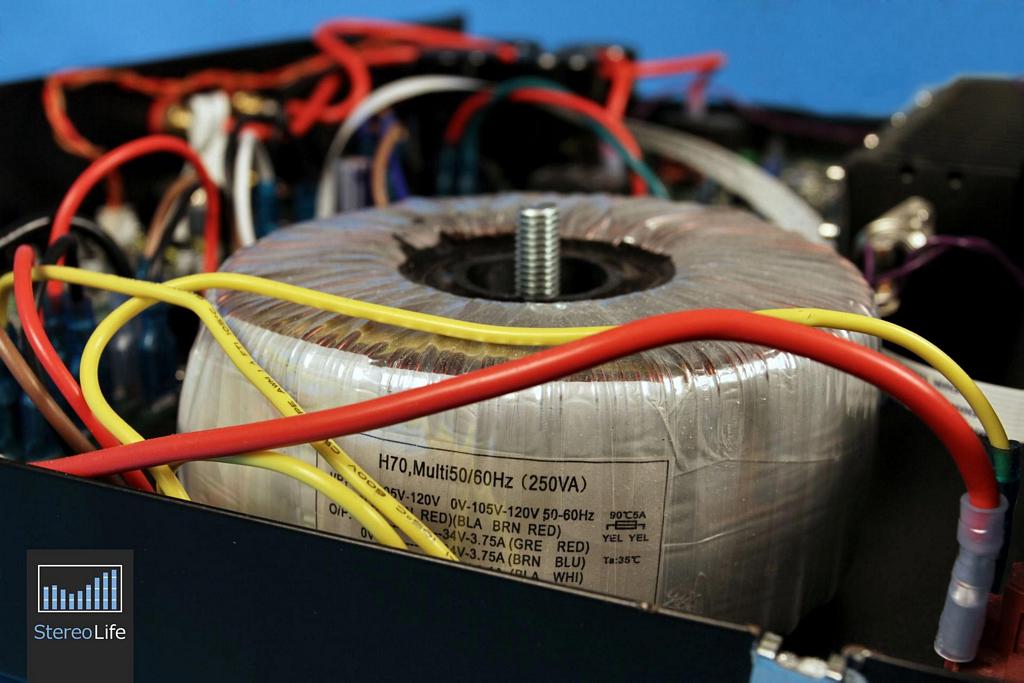 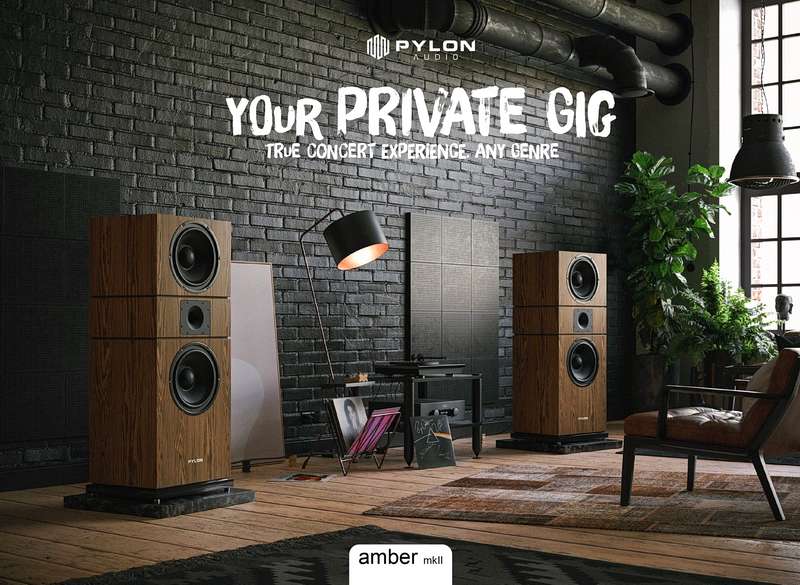 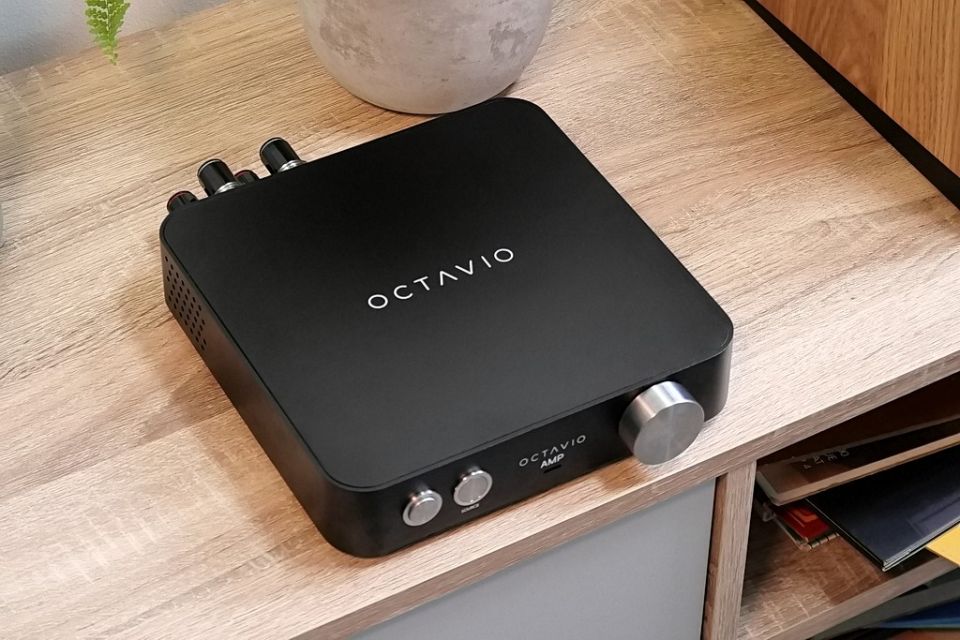 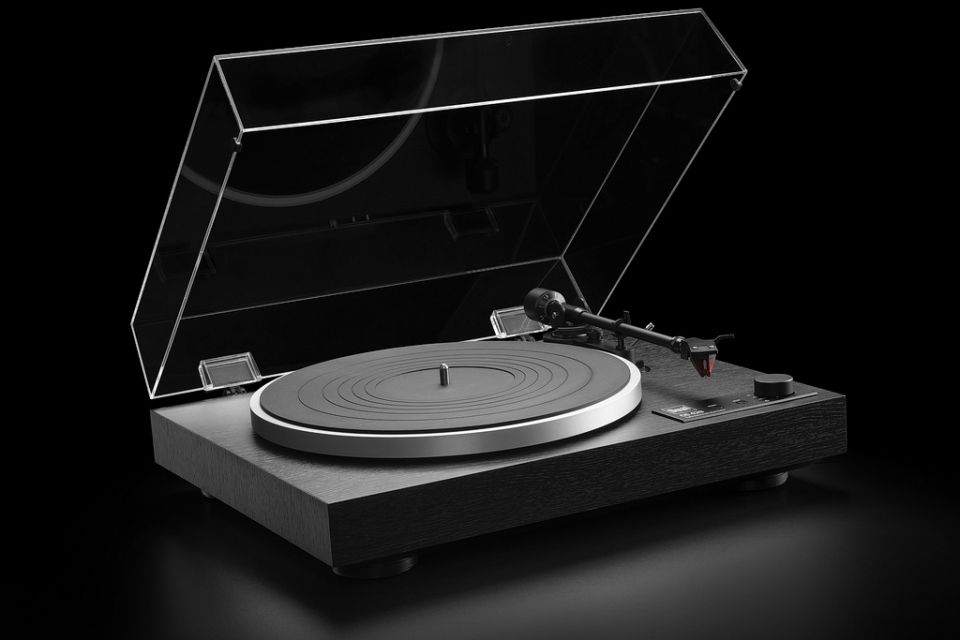 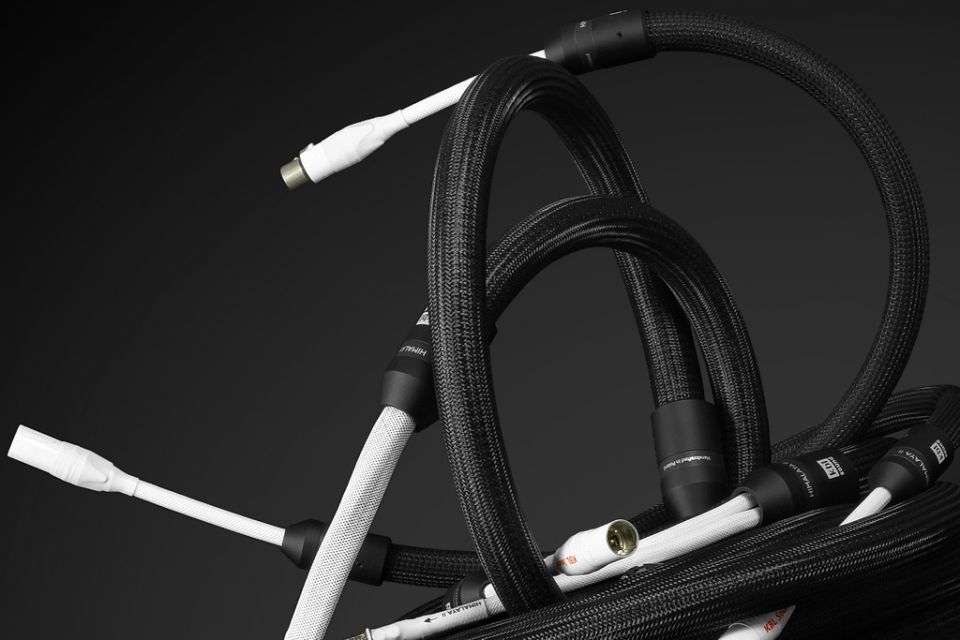 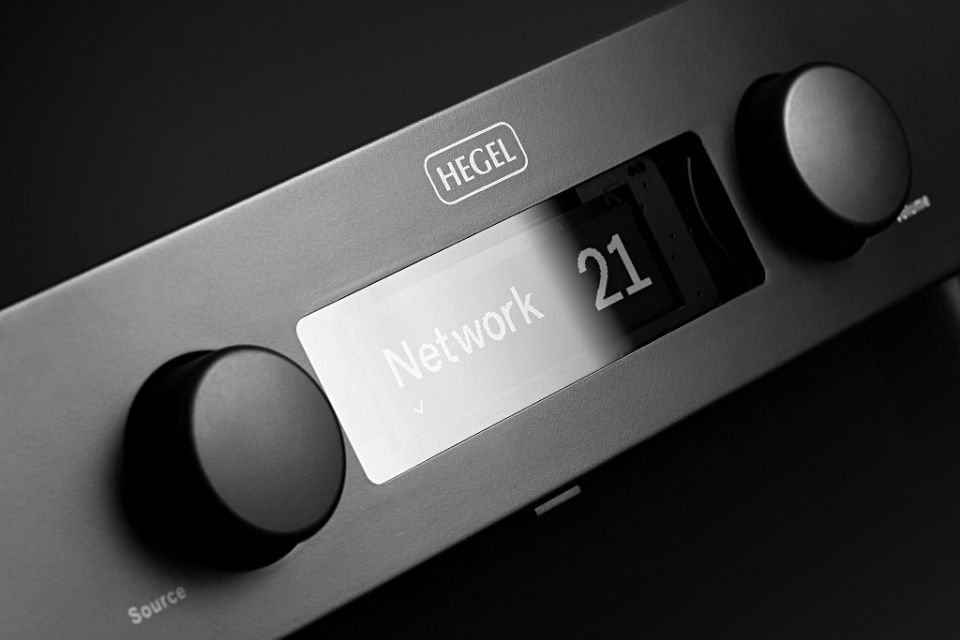 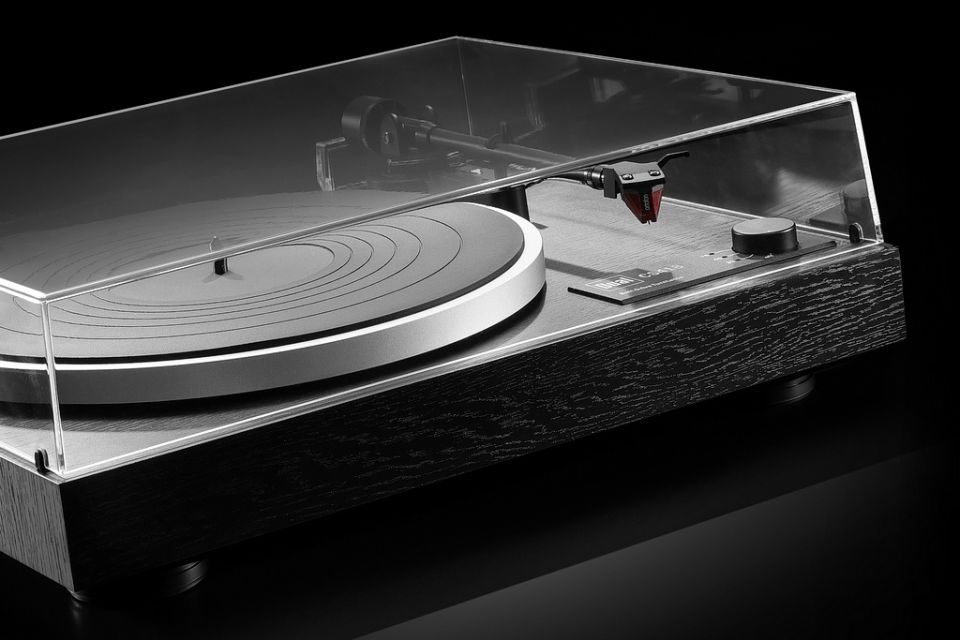 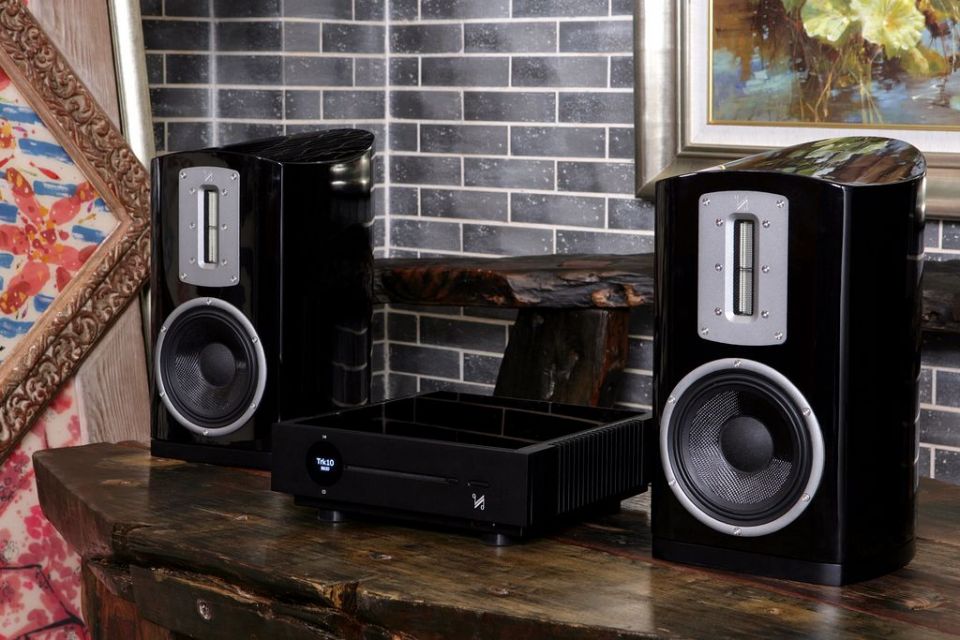 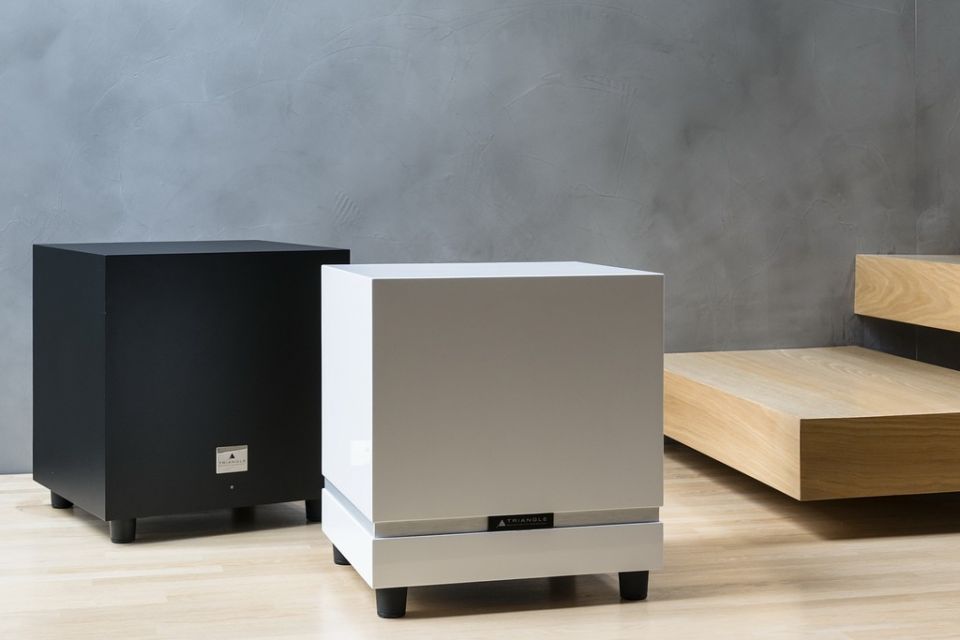 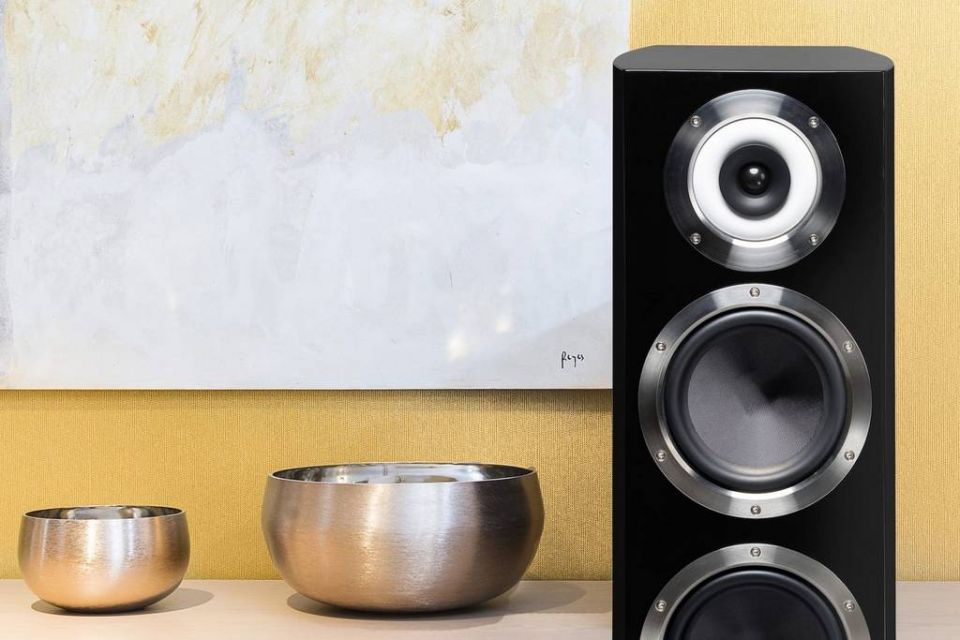 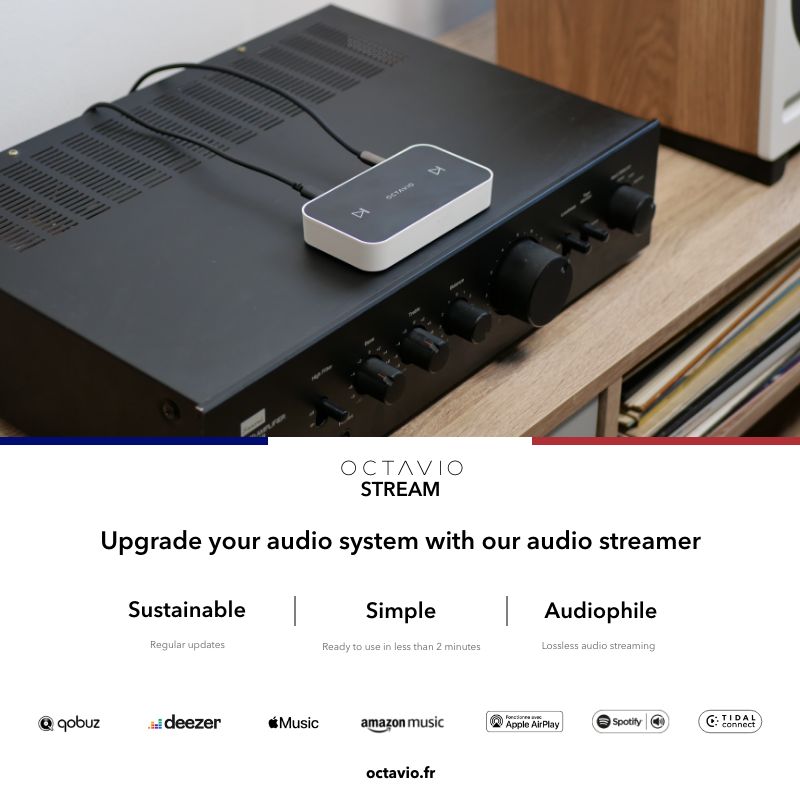 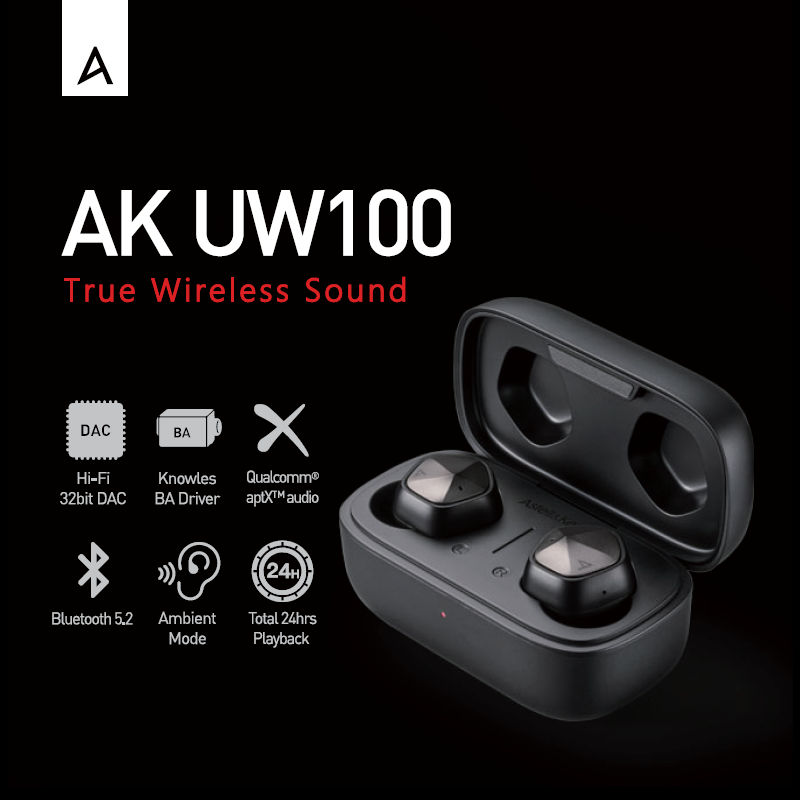 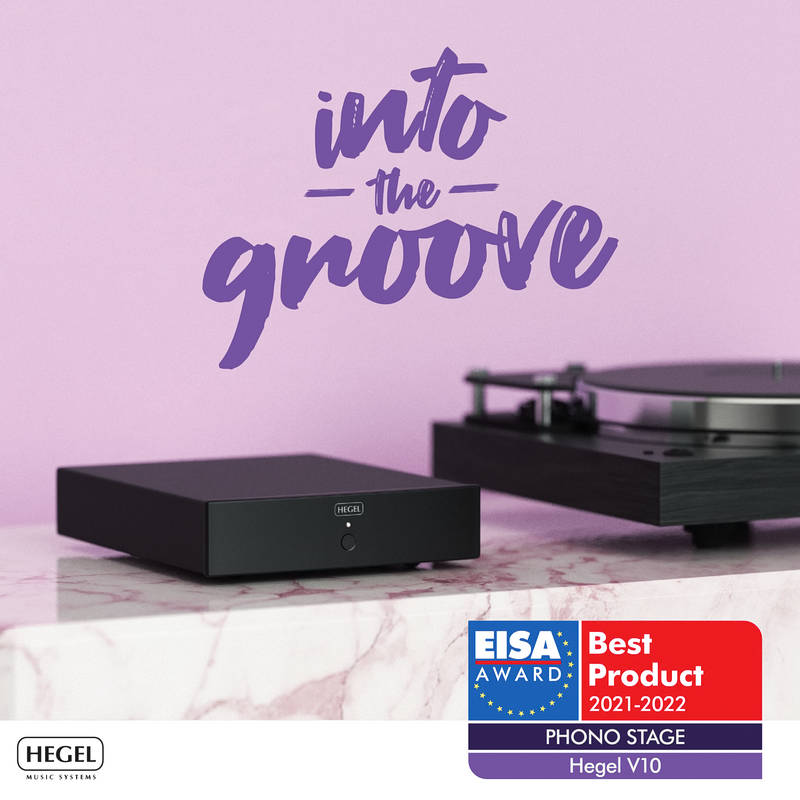 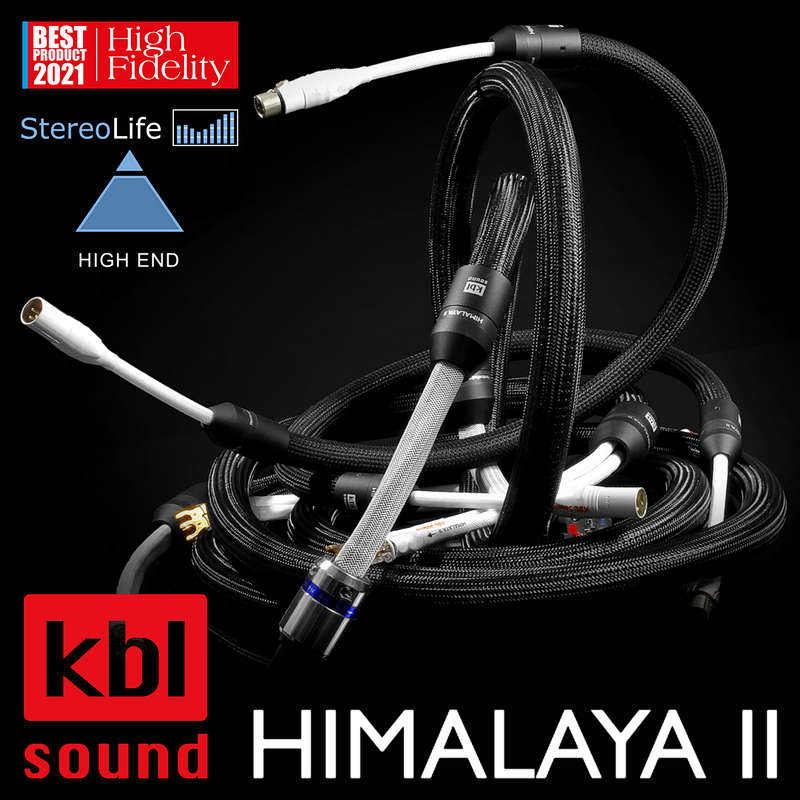 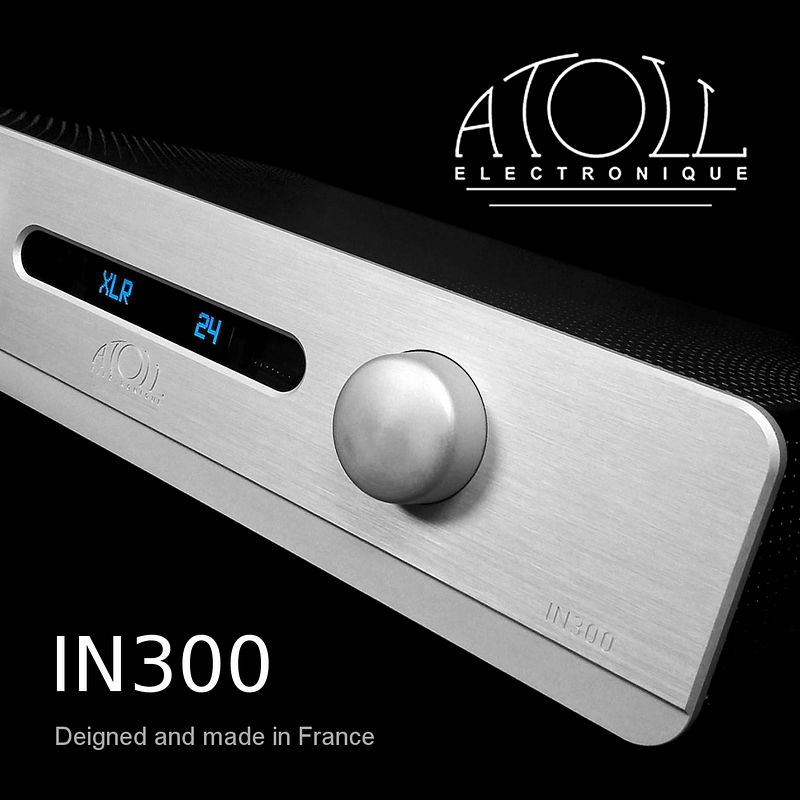